Year of 2018 marks the 10th anniversary of China-Denmark Strategic Partnership. Series of celebrations will be held in both countries, aiming to enhance mutual understanding of two peoples and thereby promoting bilateral ties to new level.

There are three major components for the ‘Lighten Up Copenhagen’: lanterns on Strøget street, The FU (Lucky) Shopping Festival (January 16- February 12) and cultural events at Copenhagen Library.

The FU (Lucky) Shopping Festival will be held during January 16- February 12, when shops alongside the pedestrian streets of Copenhagen will be decorated by Chinese Lamps and hand out Fu Red Envelops to their customers. According to Chinese tradition, turning the character FU upside down conveys the meaning that good luck will be brought to you for the whole year. This event is supported by Chinese Embassy in Denmark, KBH K and Wonderful Copenhagen.

On Jan.20, 2018, ceremonies of celebrating the 10th anniversary of China-Denmark Comprehensive Strategic Partnership and launching ‘Lighten Up Copenhagen’ will be held at concert hall of Royal Danish Academy of Music. Short videos showing the pedestrian streets of Copenhagen lightened by Chinese Lanterns and shops handing out Red Envelops will be played during the ceremony,   with celebrity from all walks of life of Denmark and Chinese Ambassador to Denmark witnessing the shining moment. All guests will see the Chinese New Year Performance 2018 held by Jilin Province art troupe after the ceremonies. 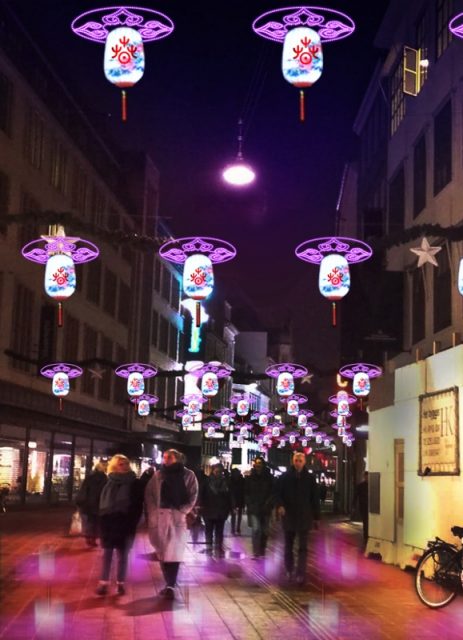 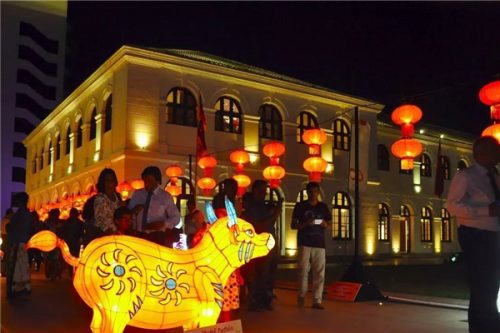