The Chinese Opera come to Denmark. They will attend Copenhagen Opera Festival in Kulturhuset Indre By. The Chinese Opera not just sings, but also combine acrobatic and Kongfu. Ticket free! Welcome! 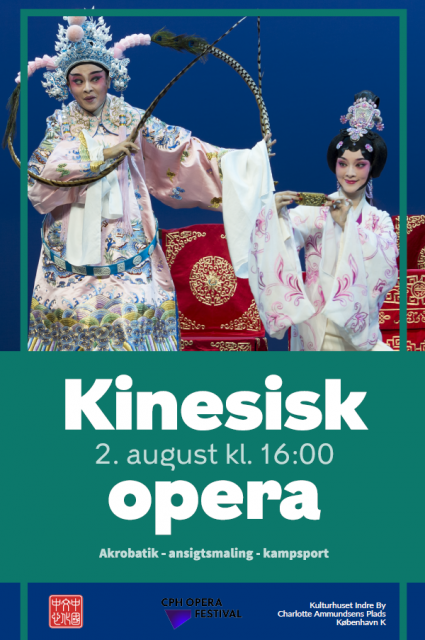 1．A Feast, from a Series of Stratagems

This highlight of a play, drawn from Romance of the Three Kingdoms, demonstrates the scene in which Lv Bu and Diaochan first met. Also demonstrated in this highlight is lingzigong, a technique of swinging the two head feathers in traditional Chinese operas. By swinging the head feathers, the performers will make elegant postures to convey various emotions and expressions of the character. 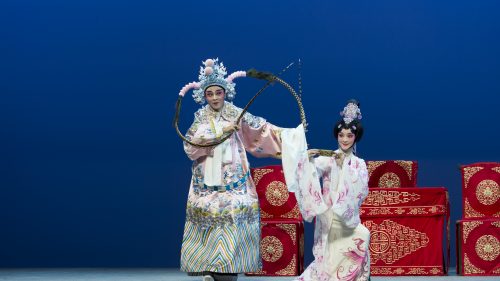 Containing what is among the finest of the acrobatic fighting in Chinese operas, the highlight The Flood Fight from the Min Opera play A Story of the Precious Gem demonstrates how Madame Bai Suzhen manages to save her husband from the Jinshan Temple. With the help of her maid Xiao Qing and Fairy Who Walks on Ripples, they wield a thousand –year-old magical gem whose power suffices to flood the entire temple. Naturally the heavenly generals and soldiers are sent on a punitive expedition against them. A fierce fight of magical powers ensues, in which the fairy resorts to every possible means and the magical gem releases its mighty power before victory eventually joins the fairy’s side. 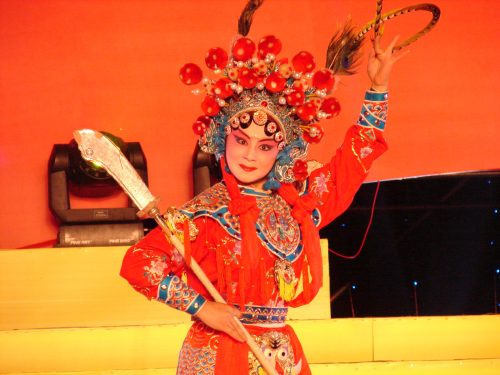